Lots happening at OK Acres this weekend........new sheep, new alpacas, that's right alpacas.  I am in the process of trying to figure out some names for them, but they aren't really talking to me much yet.  Born in Jan. of this year, they are still kinda young, so I'm hopeful that I can get them to warm to me some.  The dark brown one is always checking us out and alert, and the fawn colored one is.....well,........how do I say this delicately?  He's pissy, all the time.  To say that they are slightly irritated with us is a gross understatement, they are not the least bit amused by the fact that they were separated from their buddies at Kristi's house.  To say they are halter trained would be a giant exaggeration. I don't think they took a single step once the halters were placed on their head.  We managed to get them loaded, drove them home and coaxed into their new pen, where they promptly stationed themselves in the corner and glared at us.  How dare we.........!!!
I only saw a small chink in their armor when I brought them some hay and grain, but they did manage to stop glaring long enough to figure out that they had food. 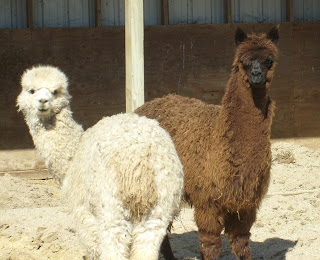 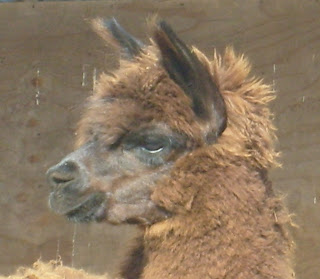 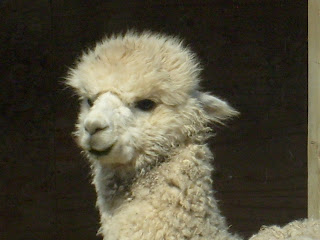