Featuring our esteemed Judge: Gilbert Meilke
Gilbert is a past SSS chairman and current committe member of the Shetland Sheep Society, sits as Chairman on the Judges and Inspectors Panel and has served as an SSS judge since 2002.   Tyninghame, East Lothian was the home to the St. Baldred's flock for many years in Scotland and the pride and joy of Gilbert and Jean Meikle.
Our sincere thanks for their time and effort to help us with our 2015 Sheep & Fleece Show!!!
Gilbert and Jean would not take any judges fees from us and we are beyond grateful for their generosity and support of our effort in America. 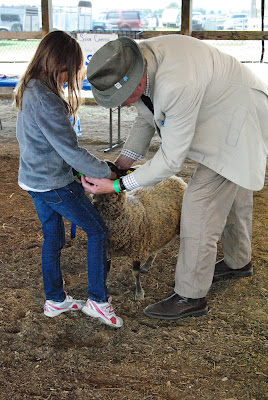