We lost a wonderful family member and all around great guy this week to Alzheimer's.  Mike's uncle, Terry Babler, was a loving husband, father and grandfather, was a veteran that fought for this country and never got to truly enjoy his retirement as he and Judy, his wife, had planned.   I only hope that his wife, children and grandchildren can find a way to say goodbye to this lovely man and not let the hurt lay too heavily on their hearts for too long. 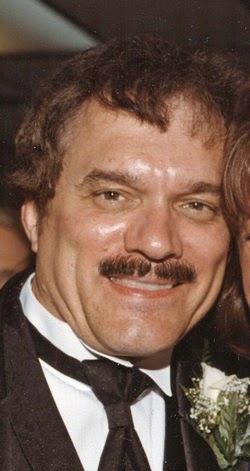 Terry Duane Babler, age 65, of New Glarus passed away on Tuesday, April 28, 2015 at the William S. Middleton Memorial VA Hospital in Madison following an eight year struggle with Alzheimer’s disease. He was born on February 13, 1950 to his parents Duane and Virginia (Duerst) Babler in Monroe Wisconsin. Terry graduated from New Glarus High School in 1968. He then served in the U.S. Army from 1969 to 1971 as a combat medic in Vietnam. After serving his country Terry was united in marriage to his soulmate Judy Bartels at St. Victor’s Church in Monroe on October 7, 1972. He then worked for Rayovac in Madison and later the Carnes Company in Verona for several years. Terry enjoyed softball he played and coached with the Swiss Lanes team for many years. He was proud of his military service and was very active as member of many veterans’ organizations including being a founding member of the WI Vietnam Vets Chapter III and the 1st Squadron 1st Calvary National Association. He was also a member of the Howard County, IN Vietnam Veterans, Vietnow, VFW Post #10549, American Legion Post #245, and Kenosha Area Vietnam Vets. Terry was also instrumental in organizing the Annual New Glarus WinterFest Veteran’s Rally R&R. Terry and Judy enjoyed making their annual trip to enjoy the warm Florida sunshine at Daytona every year. He loved his wife, children, grandchildren, dogs, New Glarus, and Country.
Terry is survived by his wife Judy of New Glarus, WI, children Cindy (Eric) Deml of Evansville, WI and Tony (Amanda) Babler of New Glarus, WI, grandchildren Noah and Camden Deml, Anthony, Christopher, and Sada Babler. He is further survived by his siblings Vicki (Ken) Bavery of Madison, WI, Debi (Ken) Schickert of Waukesha, WI, Jeff (Carolyn) Babler of New Glarus, WI, brothers-in-law John (Pam) Bartels, Irv (Connie) Bartels, Bill (Joann Borchart) Bartels, and Bob (Pam) Bartels, and many nieces and nephews.
He was preceded in death by his parents, special grandmother Lydia Duerst, father-in-law and mother-in-law John and Ann Bartels, and a brother-in-law Gary Bartels.
Terry's Obituary
Posted by Kelly at Friday, May 01, 2015